How to tune Afghanistan Rabab on Raga Yaman

Classic Music is not only from the West.
When you hear the words “ethnic music” or “ethnic instruments,” you may have the image that they are inexpensive and cheap, and do not cost hundreds of thousands of yen like Western instruments, but in fact, this is not the case at all. On the contrary, lute-type stringed instruments were born in the Orient, the cradle of ancient urban civilization, and were introduced to Europe, so it is only natural that folk music also has its classics and classics.

In addition, the history of civilization is much deeper in this region than in the West.
There is a rich world of Eastern classics.
You may be thinking, “How difficult can this be?
But with an instrument like the Rubab, you can do it as long as you tune it, you don’t have to do anything difficult, you just play one note and it sounds like a dream.

And the fact that it’s cheaper than western instruments, even though it has a musical system that you can study for the rest of your life, is quite a bargain, isn’t it?

Raga Yaman is called the mode of the night in classical music. Our mind and body change regularly depending on the time of day. There is a musical system that corresponds to this.

You may be thinking, “Wow, there’s no way I can play this.
You don’t have to be able to play like him. Just tuning, and knowing the system, you can enjoy the dream world of Raga Yaman. 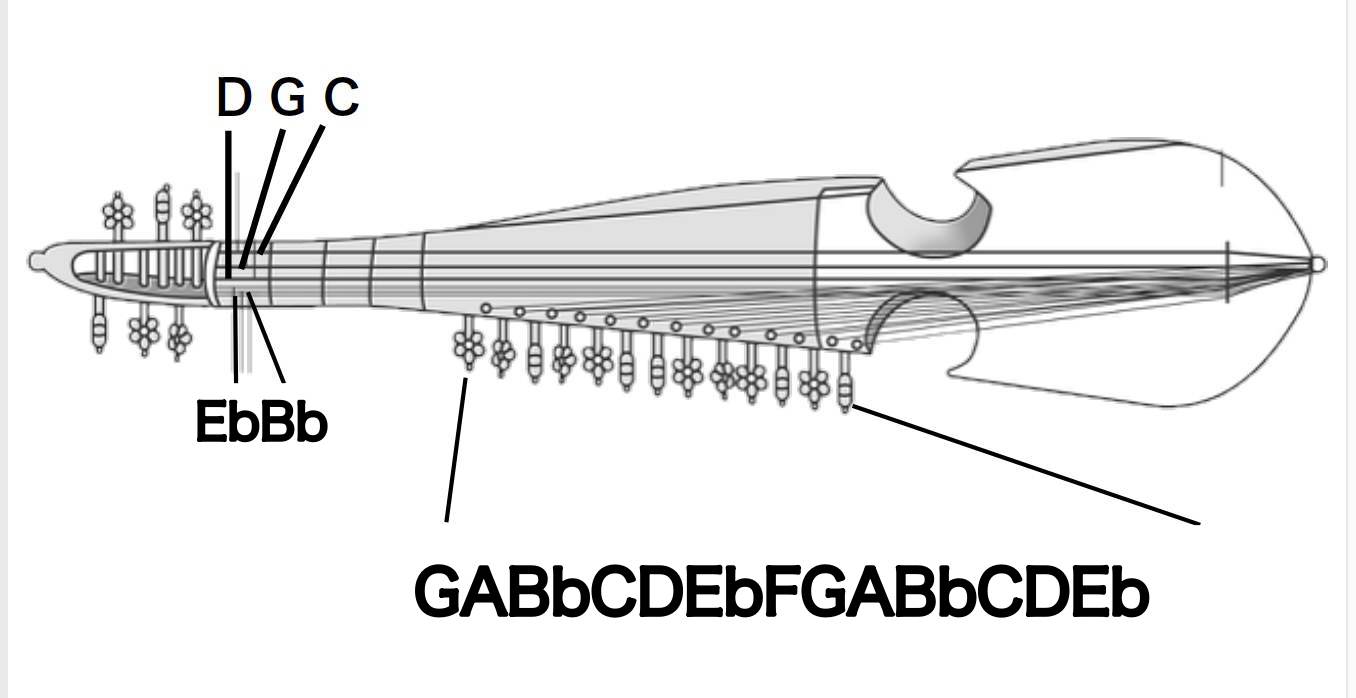 You’ve already read about how to tune a standard rabble in a previous article. Raga Yaman can be tuned to a dreamy sound by simply changing the highest notes of the drone and resonance strings from the usual tuning.

Why Changing the Tonic (Root Sound) Changes the Atmosphere So Much

This is because modal music such as raga and maqam is based on the tonic (root). The drone strings of the larabes, which are made of metal and have a nice sound, are actually not played very often, but they are very important because they control the tonic.

Jawari to apply overtone magic to the tonic

In the old days, the drone of the tonic (root) was modified to amplify the overtones. It was called a jawali, which is a small bone part with a curve attached to it.

Just by wearing this, you can boost the overtone of your Rabab.
By playing overtones, you can feel frequencies that are so fine that they are imperceptible to the ear. Studies have shown that this sound is deeply related to the reduction of stress hormones and the activation of NK cells.

There are oriental instruments like the Biwa, shamisen, Rabab and seal of the book.
It is for this reason that we have carefully inherited a delicate yet rich tone, rather than pursuing volume and impact like Western instrument

In fact, there are various patterns in playing techniques, and it’s not just a matter of playing the scales in a straightforward manner.This is a great way to get a feel for what is going on in the world of music.

3Picking Tips To Save YEARS Of Rubab and Guitar!...

HOME >  未分類 >  How to tune Afghanistan Rabab on Raga Yaman